Continuation of ‘a narrative of hands’. As before I’m focusing on hands, emphasise on contour and figural distortion.

A narrative of hands is a study of hand gestures for Just Waves in Space.

Influenced heavily by the Vienna Secession / early expressionism movements as well as some obscure occult gestures..

Following a seasonally long absence from the studios; I decided to work solely on hands for a separate project, prior to diving into series 3 of Just Waves in Space.

On this night subzero temperatures froze my film and my Polaroid Specta chewed and half-ejected the films.  A newly established protocol emerged and seemed to work – giving the camera a friendly slap. 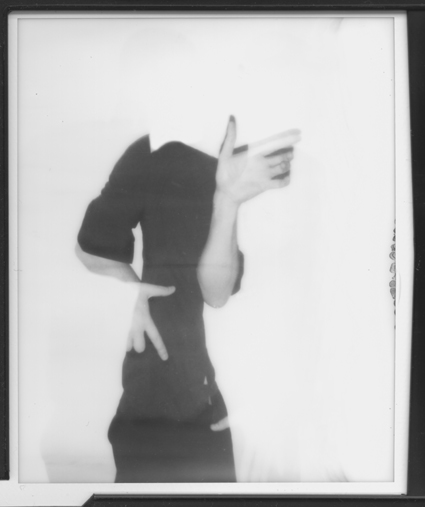 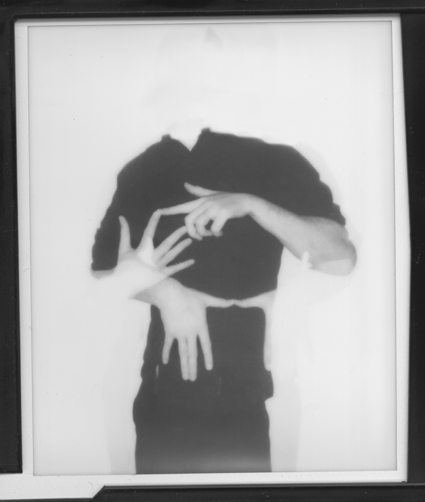 Ritual, repetition and restriction. I’ve been exploring drawing within the work, an act of ritual framing which centralises and intensifies the figure.

I had high hopes for this ‘element’ but these shots are out of focus. But experimentation is healthy and I acknowledge wrong turns, who knows if this is somewhere to re-visit at a later date.

For now I’ve expunged all my film so its off to the stores to locate more Polaroids….afterwards I may move onto ‘series 3’ of Waves In Space…or I may re-visit this segment.

With the creation of a new website comes a new blog, this will continue on from (but not replace) the existing blog: Dont look at the carpet I drew something awful on it… and will detail the ongoings within my studio and practise.